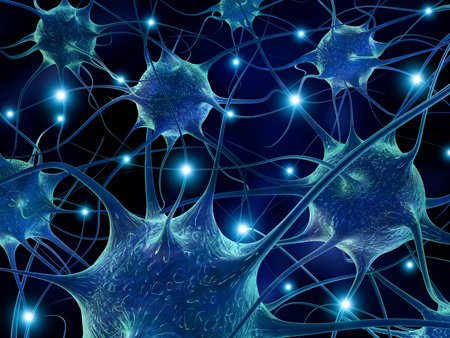 What Is The Link Between Mold and Parkinson’s Disease?

One of the goals of Valor Mold is to help consumers in our service area of Washington DC gain awareness of mold and indoor air quality issues. To date, we have published 20 articles on our blog.

One of the most contentious issues is the link that mold has to ill health.

According to the CEO of Wonder Makers, Michael Pinto, there are two drastic views of mold’s impact on health.

Unfortunately, this is is not a black or white issue. The problem with mold is that it impacts the health of everyone differently. This is likely the reason that some people are more adversely impacted than others.

One of the goals of the Valor Mold team is to provide our readers with articles that inform and educate. As stated by Herbert Spencer:

“The great aim of education is not knowledge but action.”

In other words, our mission is to provide you with knowledge so that you can make informed decisions and choices.

There is a growing body of research on the impact that mold has on health, particularly for individuals that are sensitized to mold.

Dopamine is a neurotransmitter that helps control the brain’s reward and pleasure centers.

Dopamine also helps regulate movement and emotional responses, and it enables us not only to see rewards, but to take action to move toward them.

Parkinson’s disease (PD), discovered by Dr. James Parkinson in 1817, is a degenerative disorder of the central nervous system caused by the death of dopamine-generating cells in a region of the midbrain, substantia nigra.

What Impact, If Any, Do Microbial Volatile Organic Compounds (MVOCs) Have On Dopamine Receptors?

According to EMLab, MVOCS are:

“composed of low molecular weight alcohols, aldehydes, amines, ketones, terpenes, aromatic and chlorinated hydrocarbons, and sulfur-based compounds, all of which are variations of carbon-based molecules. MVOC’s have a very low odor threshold, thus, making them easily detectable by smell. They often have strong odors and are responsible for the odious smells (“old cheese”, “dirty socks” or “locker room”) associated with mold and bacterial growth….In the indoor environment, exposure to fungal MVOC’s has been blamed for headaches, nasal irritation, dizziness, fatigue, and nausea.”

One of the reasons that people get sick from molds like Aspergillus, Chaetomium, and Penicillium, is they release MVOCs.

According to researchers from Rutgers and Emory Universities–Arati A. Inamdara, Muhammad M. Hossain, Alison I. Bernstein, Gary W. Miller, Jason R. Richardson, and Joan Wennstrom Bennett–MVOCs can have an impact on dopamine production in the brain.

In their research paper, published in the Proceedings of the National Academy of Sciences: Fungal-derived semiochemical 1-octen-3-ol disrupts dopamine packaging and causes neurodegeneration, researchers hypothesized that MVOCs have the potential to damage dopamine and cause PD symptoms:

“Parkinson’s has been linked to exposure to environmental toxins, but the toxins were man-made chemicals. In this paper, we show that biologic compounds have the potential to damage dopamine and cause Parkinson’s symptoms.”

Lead researcher, Joan Wennstrom Bennett, who was a previous critic of Sick Building Syndrome, hypothesized that MVOCs made her sick because she experienced the health impact that mold can have after her home became infested with mold during Hurricane Katrina. In her words:

“I felt horrible – headaches, dizziness, nausea. I knew something about ‘sick building syndrome’ but until then I didn’t believe in it. I didn’t think it would be possible to breathe in enough mold spores to get sick.”

To prove her hypothesis, the team of researchers studied the effect that the MVOC, 1-octen-3-ol, also known as mushroom alcohol, had on the movement of fruit flies.

The researchers discovered that mushroom alcohol causes two genes involved in the packaging and transport of dopamine to malfunction causing the neurons to degenerate.

Not surprisingly, the fruit fruit flies’ movement was impacted.

The researchers proved that MVOCs impact dopamine which is one of the key causes of PD.

This is an important discovery because it creates further questions about the current hypothesis that the main cause of PD is pesticides and genetics. As stated by Inamdar:

“Our work suggests that 1-octen-3-ol might also be connected to the disease, particularly for people with a genetic susceptibility to it. We’ve given the epidemiologists some new avenues to explore.”

Are There Any Similarities Between Chronic Inflammatory Response Syndrome and PD?

Many of the symptoms of Chronic Inflammatory Response Syndrome (CIRS) include the following:

Similarly, symptoms of Parkinson’s Disease include the following:

Considering the similarities in symptoms between PD and CIRS, and the fact that there is now some research evidence proving that MVOCs, a by-product of mold growth, can impact dopamine function in the brain, this raises a critical question: What percentage of PD patients are sick because of mold exposure? Hopefully, future research will provide more answers to this question.

Tags: Are Dopamine Receptors Affected By Mold? What Is The Link Between Mold and Parkinson's Disease?